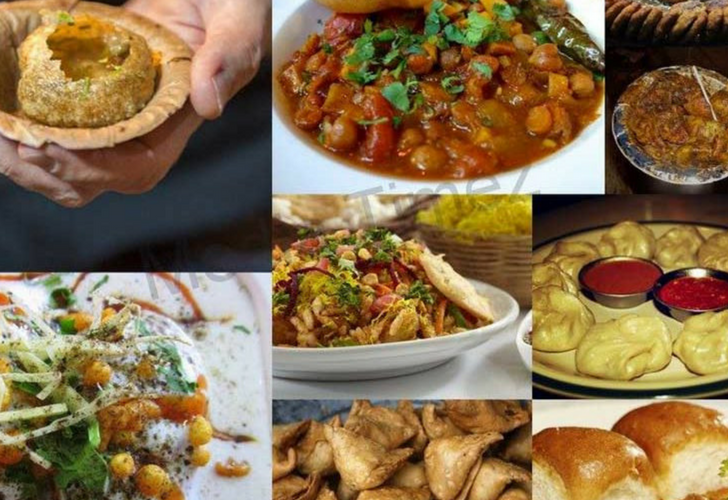 Kolkata, also known as the City of Joy has a lot to offer in the form of mouth-licking street foods. A travel trip to the amazing city is quite incomplete with the local / street food experiences. The city has some of the popular local food joints and street shops to offer you delicious foods that can even not match a fine dine restaurant. While traveling, you can make a list of your favourite street foods you would love to try and explore the crowded street food joints.

Here is a detailed listing of some of the popular street foods of Kolkata and we are also mentioning the food joints where you can easily find them:

1. Egg Roll:
It is one of the favorite street foods of Kolkata that you can find at almost all local shops and food joints. Egg roll has been the local favorites for Kolkatians since ages. The basic egg roll comprises of flaky paratha fried with a thick layer of eggs. Inside the egg roll, there is a stuffing of chopped cucumber, onion and chili. Some of the shops even add sauces and lemon juice to enhance the flavor. Some of the other options of egg rolls available in Kolkata are chicken egg, mutton egg, double chicken-double egg and Kathi roll. 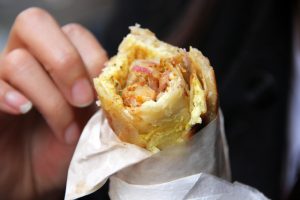 2. Momos:
Kolkata being close to the Hilly regions of Darjeeling and Gangtok, the Tibetian street food has established itself as one of the favorite snacks. A large number of Momo vendors are flocking around up in every nook and corner of the city. The local food joints usually serve 5-6 pieces of hot steamed Momo with a light soup and a spicy hot sauce. The Momos are usually stuffed with fried or steamed chicken or vegetables. 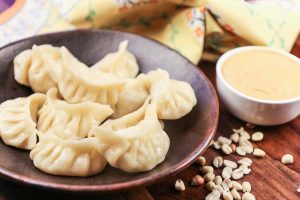 3. Jhal-Muri:
The snack is mostly sold in local trains and usually served in a paper bag. Jhal Muri are prepared by mixing puffed rice with different spices and freshly chopped onions, cucumbers, and chilies. The sellers are seen to carry the Jhal-Muri ingredients in an easy-to-carry trolley so that they can move easily from one local train to the other. 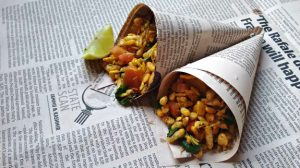 4. Phuchka:
The popular street food is sold in different parts of India and also known as golgappa or Pani puri. But in Kolkata, we call in Puchka. The flaky Puri is stuffed with a mixture of mashed potato and then it is dipped in a tangy ‘tetul-jol’ (tamarind pulp water). The puchka stalls are usually found in every nook and corner of a street in Kolkata. 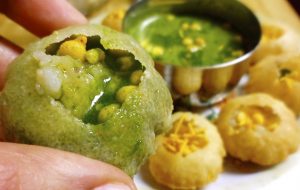 5. Shingara (Samosa):
The deep fried snack is generally made out of flour and mixed vegetables as stuffing. You can find shingara in almost all sweet shops in Kolkata and they sell it hot and crispy. 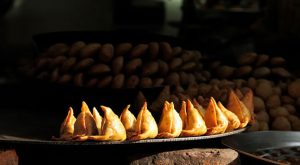 6. Telebhaja:
Telebhaja is basically deep-fried snacks that are made using potatoes, brinjals, pumpkins and various other veggies. Some of the popular telebhaja of Kolkata are ‘aloor chop’, ‘beguni’, ‘vegetable chop’ and ‘mochar chop’. 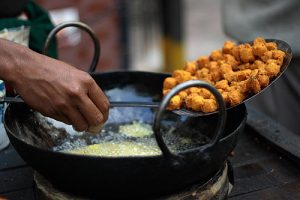